How will we as a society provide for quality of life for autistic adults? Our family has been working on this for some years, assembling a team of coaches and caregivers and investigating housing possibilities with our own autistic son in mind. But we want to help others, too.

As someone who has been in the education and nonprofit sector for 40+ years, I know the power of branding — so we have branded our effort “Simplicity House.” Here are the basics of our story: 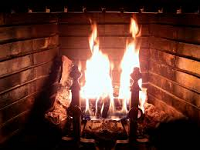 Simplicity House is an experiment in living designed to meet a number of emerging needs. The house itself will consist of private dwelling spaces fronting on a relatively large common area. This flexible living structure permits three main functions:

A bit of disclosure

I had the honor of studying under the great British scholar John K. Whitaker, who once told me, “Be optimistic, but not outrageously so.” His point was that it’s OK to be optimistic about a project, perhaps hinting that you’re farther along than you are — but it’s not OK to be dishonest. That has been my approach to Simplicity House. As far back as 2013, I had put together the branding and the beginnings of a plan. I started adding pieces of the puzzle and presenting to others about it, hoping that the plan would somehow develop its own momentum.

I’ll include some of the original material below on this page. It was always optimistic but, in my view, “not outrageously so.” Here’s how things stand right now:

Again, knowing the power of branding, here’s how we re-characterized our earlier efforts:

Simplicity House 0.0: This is our current home. We didn’t call it “Simplicity House 0.0” at the start, but we are trying out some of our ideas, including contracts with coaches to assist with one AALI (our son). We’re learning a lot already.

Simplicity House 1.0: In the next phase, we build a home to try out additional ideas. This is a standard residential house with a few upgrades to accommodate a couple of keepers and a small family with one AALI. Think of it as “a standard house slightly tweaked” rather than a new sort of structure.

Simplicity House 2.0 or “Simplicity Village”: In our site acquisition work, we may actually get the ability to build more than one unit. At a minimum, we hope to keep our current house as a rental when we move to Simplicity House 1.0. This house would be suitable for a family caring for an adult or two with special needs. With good luck, those of us living in close proximity could provide useful support for each other.

How much in common?

If we do move toward a “Simplicity Village,” how much would we do in common? My answer is “not very much.” I have watched the cohousing movement and, as an academic specialist in related topics, I have seen how difficult it is to have a self-governing community — even without the additional challenges of dealing with intellectual disabilities like autism. I just don’t think it will work to have caregiving in common.

However, I do think that with deliberate design, we can have a community where paid caregiving relationships work well. This is why I’m looking at a “Simplicity Village” design in which the homes’ back yards together form a sheltered play and recreation area.

That’s all I have for now. I’ll update this site from time to time. And, just to show I’m not running away from it, I’ll reproduce below the material from our earlier “optimistic but not outrageously so” era: 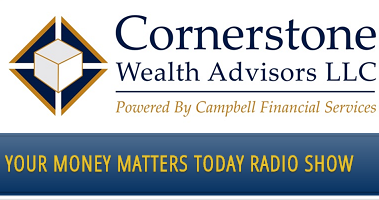 Media Note: Some time back, our director William Wood was the guest on “Your Money Matters Today” with Cornerstone Wealth Advisors. With hosts Steve Campbell and Ryan Miracle, Dr. Wood talked about mistakes that special needs parents should avoid. The podcast is to be posted here, but meanwhile here’s a link to an article that includes most of the show content: 13 Mistakes for Special  Needs Parents to Avoid.

Thanks for stopping by! 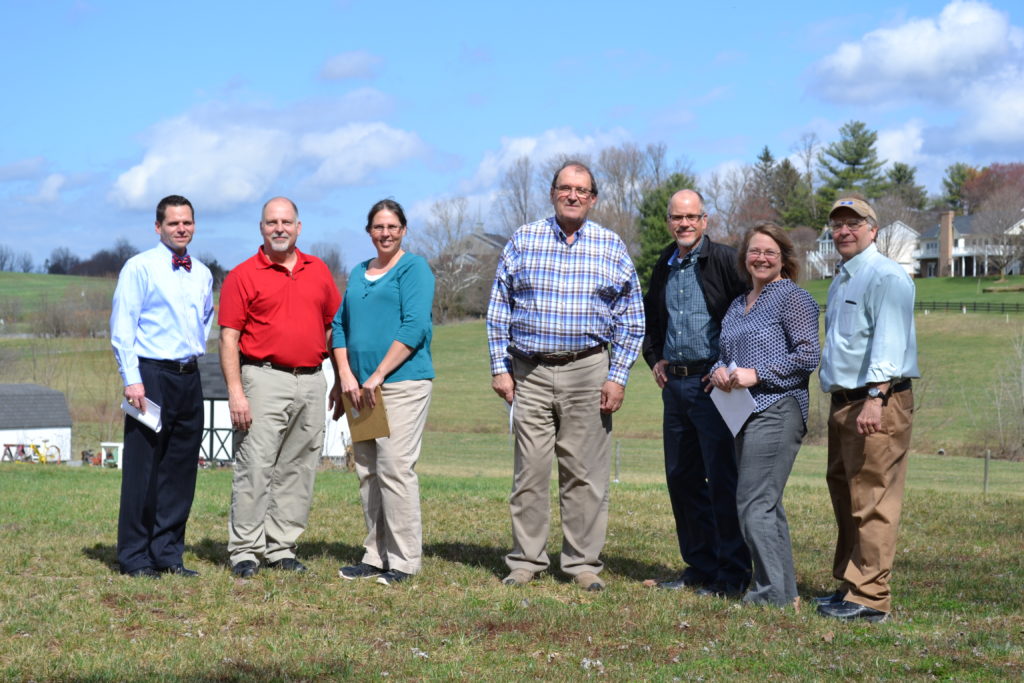 Some time ago, a group of friends gathered at the first proposed Simplicity House site for a walkaround. From left above are Jeff Carter, president of Bethany Theological Seminary; Rev. Glenn and Mrs. Debbie Bollinger, from Mill Creek Church of the Brethren; John Jantzi, district executive minister of the church’s Shenandoah District; Robbie Miller, chaplain at Bridgewater College; Pam Miller, director of development at Pleasant View Homes and a member of the Dayton Church of the Brethren; and Bill Wood, director of Simplicity House and a member of Beaver Creek Church. (Note: Our friends are lending their individual support and encouragement, but not acting on behalf of their respective organizations.) The occasion was a visit by Jeff to local seminary stakeholders. Bethany Theological Seminary has pioneered the Brethren way of living in its Richmond, Indiana, home with the “Bethany Neighborhood” concept — a cluster of houses with shared green space intended to revitalize a section of the community. (Update: This proposed site, at 512 E. College St. in Bridgewater, is isolated from the other potential Simplicity Village lots and may be handled separately from the rest of the project, located on E. Riverside Dr. in Bridgewater.)

Early in our design discussions, we got a great deal of help from the generosity of the firm then known as Blue Ridge Architects in Harrisonburg, Virginia. Blue Ridge had a ten-hour Design Dash to celebrate its tenth anniversary, providing free design services to local nonprofits. (Blue Ridge’s successor is known as Blueline.)

There is a growing population of individuals who are “almost-able-to-live-independently” (AALI). They need someone to check on them, and very little more. Examples include many seniors, some individuals with autism spectrum disorder, and a number of individuals with mobility challenges. Short of expensive assisted living, these people currently have few living options. At the same time, there are many — singles and couples included — who would like to earn a part-time income. Simplicity House provides that income, from checking on the AALI’s, in a warm and friendly setting of congregate living. But when Simplicity House residents want time to themselves, built-in design features allow them their space and privacy. The Simplicity House model promotes community service by providing a congenial location for varied small-group meetings, associated in one way or another with the residents.

The director of Simplicity House is Dr. William C. Wood. He holds a Ph.D. in economics from the University of Virginia and served 33 years as director of the Center for Economic Education at James Madison University. Dr. Wood is the author of books and scholarly articles on personal finance, economics and simple living. He also has experience in caregiving leadership in his home congregation, Beaver Creek Church.

Much of our early support has come from individuals and groups in the Anabaptist tradition — in our area, Brethren and Mennonite and independent congregations. The Anabaptist ideals of simple living and community fit well with the mission of Simplicity House. However, we believe that Simplicity House will be welcoming and positive toward people of all faith backgrounds.

Here are some notes on design and governance of Simplicity House from an earlier session. Important note: All of this is subject to change except the basic idea of meeting multiple needs through a new design for residential living.

The housing patterns that exist today in the 21st century United States work against the goal of simple living. Large single-family homes promote accumulation of material goods and discourage energy efficiency, simplicity, and community. The characteristics of our housing all made sense individually as they were adopted, but we find ourselves today with housing that does not reflect our best values.

The Simplicity House idea is an experiment in trying a different way of living, residentially. The specific design would be decided by a carefully chosen design team and therefore exact drawings would not be available in the early stages of the project. However, some likely elements would include:

The idea would be to recruit residents with an interest in simple living, so that living in Simplicity House would not at all be perceived as deprivation or “settling for less.”
As envisioned, Simplicity House would be located at the virtual center of a network of relationships for sharing of resources and collaboration. Properly located, it could be at the hub of an informal ride-sharing network that would help reduce dependency on auto travel.

Potential residents of Simplicity House could include:

One possible configuration would allocate the units as follows:

Here are some of the questions some people have had, with answers based on the current state of our thinking:

What is the basic structure you’re going for?

The idea is to have independent living units connected to a common area, with the ability for residents to close off their units at their discretion.

Will zoning allow this?

No, if the idea is just to slap it down in a regular residential neighborhood. But other answers are: Yes, in a multi-family zoned area. Yes, potentially, with use of existing R-1 zoning provisions and accessory dwelling units.

No, not very much. Cohousing “provides the privacy we are accustomed to within the community we seek,” according to the leading site on this subject (cohousing.org). However, cohousing is usually thought of as involving 20 to 40 households, whereas Simplicity House and even Simplicity Village would involve a much smaller number. It should also be noted that cohousing is very difficult organizationally, with over half of cohousing projects failing to get off the ground.

Why do you think you can succeed when cohousing is so hard?

Our smaller scale greatly decreases the organizational challenge. We have a funder who is willing to donate the cost of constructing the common area and an operating budget for the common area. The individual units would therefore be cashflow positive even at ordinary market rents. Most of the residents would be in a landlord-tenant relationship with Simplicity House — a very nice landlord-tenant relationship, we would add! — but without some of the governance headaches that come with multiple owners. Several of our prospective residents are already identified and they are very good at getting along with others.

This is subject to change in the design process, but our basic idea is that it would be like a large sunroom with an associated kitchen and laundry area. Individual living units would open onto the common area. Individual units would have limited kitchens of their own, more like the “wet bar + microwave” idea that can pass zoning scrutiny.

Who would take care of the common area?

One or several of the residents would be paid by the common area operating fund for routine cleaning. If that did not work, an outside cleaning service could be hired using the operating fund.

Who would own Simplicity House?

Who would make key decisions?

We have in mind a small board reporting to the owner. This will depend on the nature and tax status of the owner.

Do you have it all figured out?

No, but we think that we will be able to adapt and perfect our organizational structure and arrangements over time.